So far, it’s been a fairly productive week.

I called LR yesterday and left a message. She was very prompt in her reply to me via text, which I actually like better than phone conversations.

She was very professional and very sweet. It is, as you all must know, very hard to describe our life circumstances to those around us. It’s embarrassing for me to have to explain to people that I can’t really leave my house. Do you know how hard that is for someone who used to work as a nurse, take call, play in 3 separate soccer leagues, walk her dogs, go to the gym, and have a pool membership? Sometimes, despite all that I did, I still liked to simply walk downtown for fun. So to tell someone I can’t even leave my house to get a massage, it breaks my heart just to have the words come out of my mouth.

Yet, she didn’t make me feel stupid. She was like, whatever! I was so appreciative of that. We worked out a price, which she had great ones, and scheduled a massage for next week. I’m excited. I hope it helps ease my stress level a bit. It will be my first massage in about a year.

As for the psychologist, that is proving difficult. The irony of the situation is I could see a massage therapist not wanting to come to my house and massage a client in her bed. If I was going to say no to that or a psychologist over the phone, I’m fairly certain the in-bed massage would win the declination category.

I’m gonna keep working at finding one though. There has to be someone out there willing to do it.

As for Allsup, they finally received my paperwork stating I will pay them, even though I have signed that document about 2k times. Now, they can move forward with my appeal. I am fairly surprised that the customer service representative I talked to over the phone still didn’t understand that the only thing that has been filed for the appeal is a request for more time. We had two months, and the hold up, apparently, was my payment paperwork. I have not been with MetLife since November. They had 5-6 months to get me that paperwork before it became an issue. That is what held up my appeal. They have seriously dropped the ball on so many occasions I can’t believe it. I will not care if I win though. I’m pretty scared. As I’ve stated in previous posts, my finding a job, even if I can do it, will be next to impossible. I know, I know – they say I can work at a fast-food restaurant. Mmm-hmm. It’s like they did not read my medical records.

That’s about it. Oh, I did sign up for PT again. It’s on Monday. I’m terrified. I got pressured into it though, even though I see why this person wants me to try it again. It’s just, I would never be in the situation I currently am if it wasn’t for two physical therapists.

Next week, I’ll let you know how the PT goes.

This blog is made possible thanks to this GoDaddy coupon. If you want to blog yourself, I highly recommend it, check it out.

I just don’t understand. I really thought that I would win. I guess, because I deserved to win, plus everyone told me that I would.

I am so screwed now, it’s ridiculous. I have no income. I truly can’t work. I can’t sit for more than five minutes and I can’t stand for more than 2 hours a day – and that’s just once. After that, I need to lay down in one hour intervals. My mind is spacey — always distracted from the pain. If I do try and go out, I’m pretty much laid up for the rest of the day. When I say go out, it’s usually for an hour. Coffee, or maybe a drink. Hardly ever food because I can’t tolerate to wait for it.

If I try and get work now, my simple, few joys in life will be gone. All my energy will be to put a roof over my head and food on the table. My joys of listening to the audiobooks I have will be inundated with more distracting pain from trying to work.

That’s IF  I get a job. Who is going to hire a nurse that can only work from home, in two hour intervals, for a max of 4 hours a day?

I simply just don’t understand how this could happen. I spent my life taking care of other people. I did everything right. I’m such a straight-shooter. I didn’t cheat on my husband, tried to do right by my parents and brother, and this? I’ve been patient over 3 years to get better. No. Not that. Then, despite my quality of life being shit, I now have to worry about where to live, how to live, and how to eat? It’s truly mind-boggling.

My next few posts will be on what the denial letter actually said, which is a whole other conversation. After that, I will offer my advice for people who are starting this process so that they won’t make the same mistakes I did. I truly can’t believe that I had a company, Allsup, represent me for over a year, who had no fucking clue what they were doing and offered no tangible advice until it was too late. Yesterday I had my Social Security (SS) hearing. It went pretty well.

First off, I had to get to the location 30 minutes early on the request of my representative. FYI, I have spoken to this man 2-3 times and he wanted me there to ask me all of the same questions he has asked me over the phone. I know what you are thinking. You are thinking he just wants to make sure I’m prepared with my answer. No, no that’s not the reason. He was just totally inept. He also thought the security line was going to take a long time. Really? From the front door of the building until I met him in the conference room, it was all of 45 seconds. So ridiculous. This guy had no clue.

He did ask me a few questions right before hand that I felt were a little late in the game. Things like what types of procedures did I try. He seemed to be scrambling. This guy was supposed to have prepared for my case and he knew nothing. I was absolutely shocked.

I mean, take some pride in your job. He just seemed like such a loser. I couldn’t believe it. My hearing was about 25 minutes late, I guess they had technical difficulties. I walked in, and of course, they offered for me to sit. I declined, and they all looked at me weird. Good thing I’m used to it.

First off, they asked me my name, weight, and height. Weirdly, they asked if I was right or left handed? I kinda felt like this isn’t the middle ages. Why would being left-handed even matter?

Then they asked me, well, the lawyer, what my diagnosis was. He said chronic pain. Immediately the judge said pain is a symptom, not a diagnosis.  The repeats, what is her diagnosis.

The lawyer then says I have parthyroidism. No, I don’t. I have hypoparathyroidism that created a connective tissue disorder. My stupid fucking lawyer had no clue.

I had to worm that answer in later. I could not believe it.

After that, most of the questions pertained to:

– where is the pain

-how is the pain

-what can you do

-what ADL’s can you do

-who cares for you

… things of that nature. 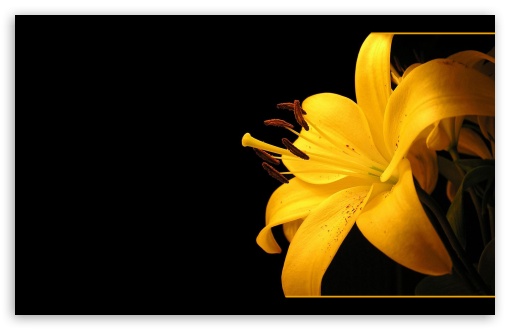 At the end  the judge asked if there was anything my lawyer wanted to add (my lawyer did warn me before hand this might happen and that it was my opportunity to make sure my case was fully represented. My lawyer said he would ask me a bunch of questions to make sure the judge understood my case).

I said RV and ambulance.

After that, I looked at him for more questions. He turns to the judge and says “that’s all I have your honor.”

I could have done a much, much better job if I had just represented myself. There is nothing this company has done that improved my chances. If anything they hurt my long term chances by almost getting the case thrown out when they screwed up the first videoconference. If they had not of done that, I would have had my court date in December, and a decision by now. If I win, I would be able to go to my disability insurance company an appeal with the fact that the United States government deems me disabled. Now, I won’t find out until May, so it’s a moot point as I have to appeal with the disability insurance carrier by April 4th. So irritating. I really wanted to look over at the lawyer and be like “why are you even here?” or “how about you do all of us a favor and just go get yourself some coffee. You are contributing nothing to this.”

The one thing my lawyer said was really important is that you illustrate that you have tried multiple doctors. Then, in the course of the hearing, he only referred to two doctors that I saw. I took the opportunity to list all the doctors that I had seen so that I would fulfill the requirement of seeing multiple specialties. The one thing I did wish I had done differently at this point is list all the treatments I had tried. Even if I just quickly rattled them off, I think it would have helped. I also wish I had kind of added a personal statement about how hard it was to go from being super active to not active at all. However, I do think they care more about determining whether or not you are disabled, not how it feels to be disabled. So I think I am okay there. I do wish I had listed all of my treatments though.

The judge did apologize and say it would take 2 months to get the determination.

That’s fine, in and of itself. It is what it is. I’m just mostly mad, as I said above, that the lawyer company messed up the original court date because I would already have my decision by now.

There it is. That’s how it went. I feel good knowing that I tried my best and that if I do get an unfavorable decision that it wasn’t for lack of preparation on my part. If I don’t get approved I think it will be because no one can give me a diagnosis, which, if I had one, I might be better now! Oh, the irony.

If you have any questions, feel free to ask. I can answer whatever it is you might like to know about the process.